33 Quotes by Neville Goddard (about manifesting) 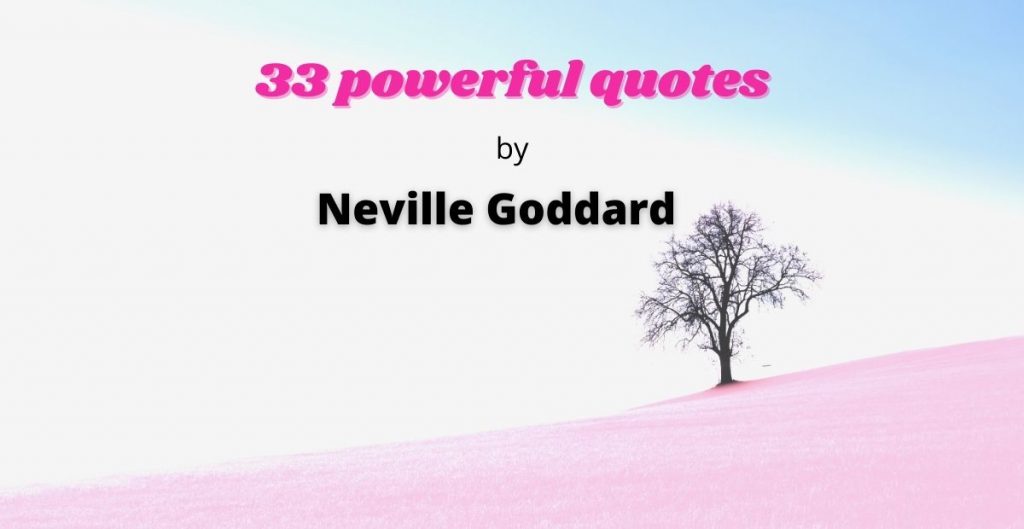 2. “When the imagination is not controlled and the attention not steadied on the feeling of the wish fulfilled, then no amount of prayer or piety or invocation will produce the desired effect.”

3. “It is imagination which makes one a leader while the lack of it makes one a follower.”

4. “The individual’s inner speech and actions attract the conditions of his life.”

5. “The drama of life is a psychological one and the whole of it is written and produced by your assumptions. Learn the art of assumption, for only in this way can you create your own happiness.”

6. “Prayer is the master key. A key may fit one door of a house, but when it fits all doors it may well claim to be a master key. Such and no less a key, is prayer to all earthly problems.”

7. “Dare to believe in the reality of your assumption and watch the world play its part relative to its fulfilment.”

8. “Spiritual growth is the gradual, I would say, transition from a God of tradition to a God of experience.”

9. “You must assume the feeling of the wish fulfilled until your assumption has all the sensory vividness of reality.”

10. “Change your conception of yourself and you will automatically change the world in which you live. Do not try to change people; they are only messengers telling you who you are. Revalue yourself and they will confirm the change.”

11. “Each person is born with infinite power, against which no earthly force is of the slightest significance.”

13. “You are already that which you want to be, and your refusal to believe it is the only reason you do not see it.”

14. “When a man learns the art of thinking from the end, that man is master of his fate. For he defines his end, he formulates an aim in life, and then feels himself right into the situation of that end.”

17. “Imagination and faith are the secrets of creation.”

18. “Revision is of greatest importance when the motive is to change oneself, when there is a sincere desire to be something different, when the longing is to awaken the ideal active spirit of forgiveness. Without imagination, man remains a being of sin.”

20. “All that meditation amounts to is a controlled imagination and a well sustained attention. Simply hold the attention on a certain idea until it fills the mind and crowds all other ideas out of consciousness. The power of attention shows itself the sure guarantee of an inner force.”

21. “Never go to sleep feeling discouraged or dissatisfied. Never sleep in the consciousness of failure.”

22. “Do not waste one moment in regret, for to think feelingly of the mistakes of the past is to reinfect yourself.”

23. “If you judge after appearances, you will continue to be enslaved by the evidence of your senses.”

24. “Everything depends upon our attitude towards ourselves. That which we will not affirm as true of ourselves cannot develop in our life.”

25. “Be careful of your moods and feelings, for there is an unbroken connection between your feelings and your visible world. Your body is an emotional filter and bears the unmistakable marks of your prevalent emotions.”

26. “You must be in the consciousness of being or having that which you want to be or to have before you drop off to sleep. Once asleep, man has no freedom of choice. His entire slumber is dominated by his last waking concept of self.”

27. “Emotional disturbances, especially suppressed emotions, are the causes of all disease.”

28. “Love is our birthright. Do not go seeking for that which you are.”

29. “You rise to a higher level of consciousness by taking your attention away from your present limitations and placing it upon that which you desire to be.”

30. “Everything in the world bears witness of the use or misuse of man’s inner talking.”

31. “To rise in consciousness to the level of the thing desired and to remain there until such level becomes your nature is the way of all seeming miracles.”

32. “All conceptions are limitations of the conceiver.” 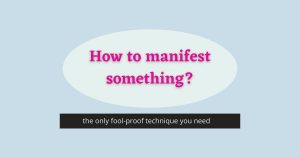 How to manifest something (only technique you will ever need)

In this article I am going to introduce you to a simple, easy yet foolproof way to 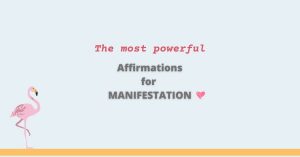 81 Affirmations for Manifestation (to manifest instantly)

Ready to transform your life with some powerful affirmations for manifestation? These affirmations are the gold you 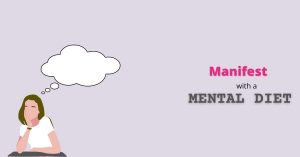 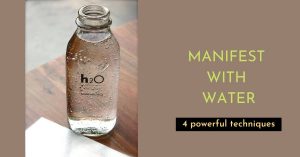 How to manifest with water? (4 Powerful methods)

Do you want to use water for your manifestation but don’t know how to manifest with water? 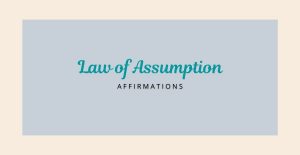 In this article, you will get a chance to understand the power and techniques of the law 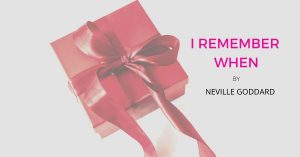 Manifest like magic with I Remember When Neville Goddard Technique

In this article, you will get introduced to the I Remember When (Neville Goddard) Technique which is 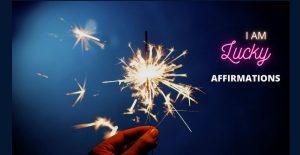 80+ I AM Lucky Affirmations (to attract infinite good luck)

These I AM Lucky affirmations will help you attract miraculous good luck into your life. Being lucky 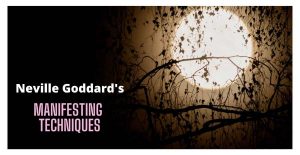 Neville Goddard Manifesting Techniques to create your own reality